Rome in October and November – is it worth visiting? Weather, how to dress, is it possible to swim, prices on tours and hotels 2022. What to see in Rome in autumn, where to go in the vicinity – in the review of goodTimeforTrip.

If you did not know, then we inform you that Rome, like many large European cities, is not the most pleasant place in the world during the summer months. As there are too much of everything: tourists, fuss, heat. And the prices – the full impression that they soar in the sky!

Everywhere is so noisy that it is extremely tiring. And there is practically no time left to comprehend what you saw.

Tourists are exhausted, suffering from heat and crowds, on the second, at best – the third day – no longer want to see Rome attractions. Even don’t want to hear about the Vatican Museums and the Colosseum.

October in Rome, especially its second half, is devoid of the mentioned shortcomings. As of November … yes, sometimes it is excessively rainy and chilly.

But those who have been in the “Eternal City” in the summertime will still welcome such weather. Moreover, upon closer inspection, it is not so bad!

Anyway, in most cases it allows you to walk and observe. Houses and ruins, streets, Romans… To see the life that has been flowing here for many centuries!

However, let’s look at the facts. And we will start, of course, with a description of

Weather in Rome in October

Statistically, it looks very good, since the second month of autumn in the Italian capital is usually very warm and clear. The average number of sunny days usually exceeds two dozen, rains are counted on the fingers of one hand.

Showers can pretty wet only frankly unlucky tourists. Since, according to the long history of observations, at least the beginning of October in Rome is an exceptionally dry and sunny time. And of course, it’s also pretty warm!

In the first half of the month, the air temperature stubbornly stays around +22-24 °C, at night it gets colder to +16-20 °C. Starting from the middle of the month, thermometers are no longer in a hurry to show above +20 °C even by noon. But exceptions are frequent!

For example, the end of October 2021 in Rome turned out to be, if not hot, then in general and clearly not like the time that is somewhere called “transition to winter”. In any case, the atmosphere sometimes warmed up to + 22-24 °C.

Please note that when visiting Rome at this time of the year, you must be careful. After all, sometimes the air temperature drops to + 8-10 °C, hinting that it is highly desirable to put on a thick sweater or even a leather jacket.

We emphasize that the rains in October in Lazio and Rome in particular are not too frequent and persistent. The average amount does not exceed 4-5 for the entire month. And the statistical norm of precipitation should not frighten a tourist – 40-50 mm as a maximum. 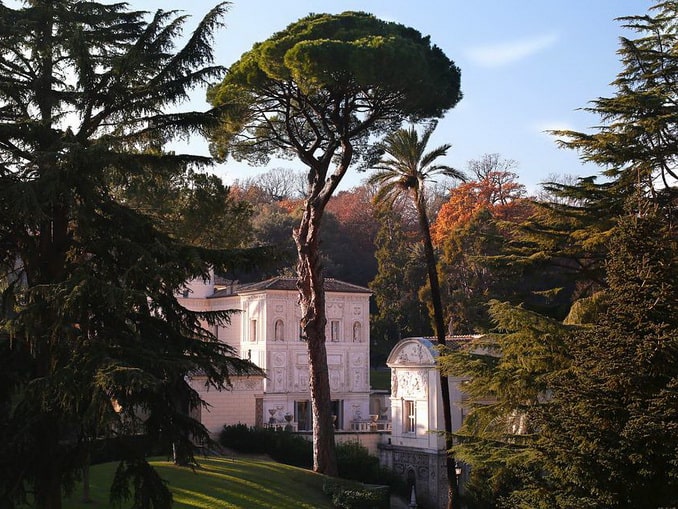 Nothing prevents lovers of swimming in between excursions in Rome, from going to the coast for a day. . For the Tyrrhenian Sea, at least in the first half of October, is warmed up to temperatures that allow bathing foreveryone.

Even children in Lido di Ostio or Anzio will not freeze in the sea water – it is warmed up to + 21-23 until the third decade of the month.

But closer to November, the sea begins to cool, and does it rapidly. Yes, you yourself will guess when in the morning leaving the hotel doors will feel a serious coolness.

The final month of autumn in the Italian capital is fraught with much more uncertainty. Not in terms of air temperatures – until the middle of the month you can expect very optimistic + 18-21 °C – it becomes much more damp.

It is as if the sky is pouring out on people all the water reserves accumulated over several months. And strives to do it in a short period.

That is why even in early November in Rome, heavy rains and squally winds are possible. And on the coast at this time, sometimes a real storm rages.

At the same time, it is still quite warm. And even on the threshold of winter, at the very end of November, on some days you can walk around the streets of Trastevere in just a thin jacket. Although, of course, much warmer clothes should still be in a suitcase in a hotel room.

Rome is an expensive city. And in some senses, this definition does not cease to be valid even in the most unseasonal months of the year.

If only because the tourist tax continues to operate. And you can’t call it a joke – for a night in a modest 3-star hotel, an adult traveler will additionally pay 4 € to the city treasury.

However, if you go to see Florence or Bologna, you will pay the same tax. But Venice and Milan managed to somewhat curb their appetites.

In order to save some money and subscribe to a room for about 100 € per night (in October – November it is cheaper), you will have to stay not in the very center of the Eternal city. However, this is a small problem – Roman trains and buses try to adhere to the declared schedule.

We recommend paying attention to Domus Giordano, located a few minutes walk from Trastevere station. From which you can easily take the train to Viterbo or even see Pisa!

The reviews pay tribute to the proximity of housing to the authentic Roman district of Trastevere, which is still not too crowded with foreign tourists. And also praise the wonderful host, who is always ready to help the guests!

Guest house You 101 also looks like an excellent solution to the issue of housing. It is actually located in the city center, next to Termini Station. And from here you can walk to the Colosseum and the Roman Forum in 12-13 minutes walking step.

As for excursions, then a rich tour of the Colosseum and the Roman Forum will cost 25-30 €, depending on which month you arrive in Rome. A little cheaper is a guided tour of St. Peter’s Basilica. But tasting street food in taverns while walking through Trastevere and the Jewish quarter, on the contrary, will cost more – at least 40 € per person. 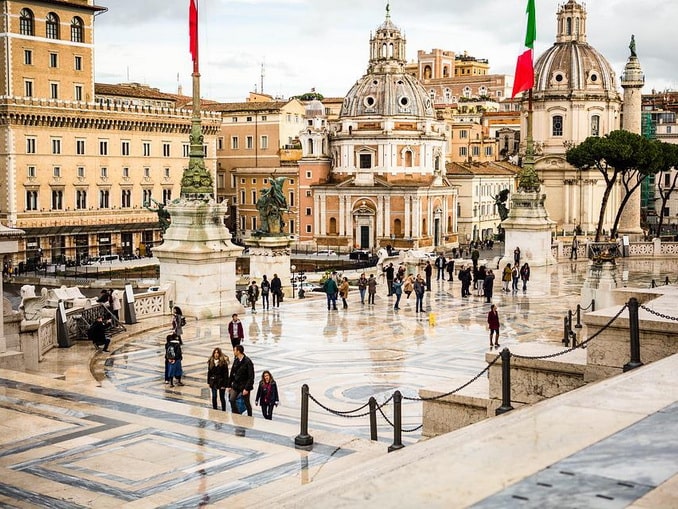 You will go to Rome in May, in summer or autumn – the list of must-see attractions will look approximately the same. Another thing is that with the approach of winter, tourists eager to see the Colosseum and sit for a long time near the Trevi Fountain will become less and less.

This means you don’t have to stand in long lines! In the second half of the autumn day, perhaps, it will even be possible to enter the chosen “temple of history or art” after a very short wait. Or even without it!

As usual, we will advise you not to get hung up on the famous Roman sights. That is, of course, you must see the Sistine Chapel, if you have not had the good fortune to see it before.

It is also necessary to visit the Pantheon and the Capitoline Square, watch the sunset from the steps of the Cordonata staircase, which was designed by Michelangelo. And, if you’re lucky with a ticket, visit the Borghese Gallery.

And then move on – literally. Visit and recharge your emotions at such an immensely atmospheric place as the Appian Way.

In the vicinity of the capital of Italy, you should pay attention to such places as:

Famous for its villas: d’Este and Emperor Hadrian, the town of Tivoli. Visit Bracciano on the shores of the picturesque lake of the same name and see its main pearl – Castello Orsini-Odescalchi.

An inquisitive tourist will definitely reach the town of Castel Gandolfo, where the summer residence of the Pope is located. Not so long ago open to the public…

Very interesting and literally caresses the look of Viterbo. Whose some well-preserved historical buildings date back to the XII-XIII centuries. Will enchant anyone and Orvieto in Umbria, founded by the Etruscans. As this town looks like a real illustration to Gothic tales.