Budapest in March: is it worth going? The weather, how to dress, how many tourists, prices for hotels and excursions in 2023. What to see in Budapest in early spring, where you can go – in the article of good Time for Trip.

Any experienced traveler knows that March is not the best time to plan a future summer vacation. In the sense that the most interesting hotels and the cheapest flights are already booked by enterprising tourists in winter, if not in autumn. And you can only try to bargain for yourself satisfactory conditions.

But on the other hand, the beginning of spring is a great time for the trip itself. Particularly somewhere in Central or Southern Europe!

Few people know, but in the same Budapest, March is perfect for sightseeing, educational tourism. When prices are still low in winter, there are very few loitering foreigners wathing famous attractions, on the streets and in museums. And the weather … allows you not to get bored.

Want more facts and thoughts? We have collected all this in our material dedicated to the climatic and price features of March in the capital of Hungary. And in the whole country, too!

Weather in Budapest in March

As mentioned above, statistically it looks very promising from the point of view of an active traveler. Aimed at seeing the maximum possible number of sights, as well as wishing to treat yourself to a large number of national dishes. In a word, a gourmet in every sense.

In general, even in early March, the weather in Budapest is usually the best for walking outdoors. Mostly dry, not hot, but not too cold.

Warming up to +20 occurs not earlier than the third decade of the month. But hope that it will last long is not worth it – the weather is still very unstable!

In March 2022 in Budapest, negative temperatures at night were recorded until the middle of the third decade of the month. Although during the day the sun warmed the atmosphere sometimes up to + 10-12 ° C.

And the Danube and the embankments are shrouded in thick fogs. Moreover, this regularly happens in Budapest, not only at the beginning, but also at the end of March.

here is traditionally high – the climate of the Hungarian capital is formed by the great European river. And in the morning, as well as in the evenings, dank dampness makes itself felt. Consider this moment if you are going to view the city from the board of a cruise boat.

But in general, in early March, the weather in Budapest is not too cold. Allowing you to combine trips to museums, walking promenades, shopping and soaking in a variety of thermal baths in approximately equal proportions.

In some years, in the first decade of the month, the atmosphere during the day warms up even to +15-17. Although usually a steady rise in air temperatures above +15 is observed here only closer to the beginning of April.

Is this a reason to reduce the time of walking promenades and concentrate on hop-on hop-off sightseeing buses? Perhaps – this pleasure here no one recognizes as too ruinous.

The norm of precipitation in March Budapest is small – about 30-40 mm. Rainy, however, are only 3-4 days per month.

But the sun at this time appears in the breaks of the clouds infrequently. And the number of clear days can be counted on the fingers. Sometimes two hands!

Daylight hours range from 11 to almost 13 hours. The sun rises at 6.25-5.25 am. And it sits over the horizon from half past five to early seven in the evening. 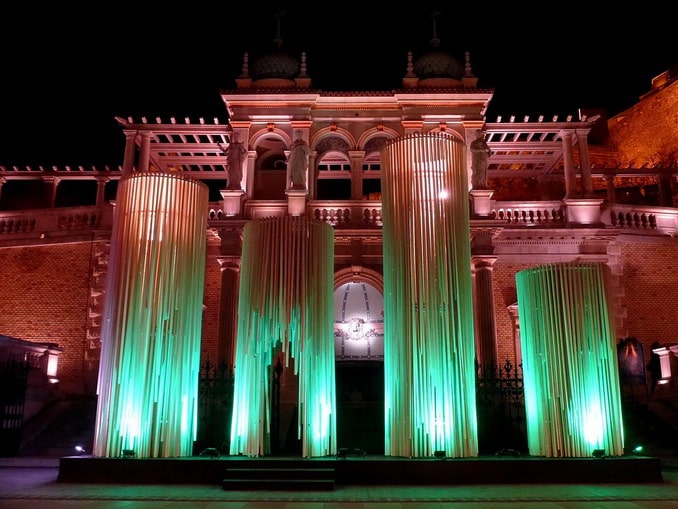 A quilted jacket and a pullover or sweater look like must-haves for any traveler looking to visit Budapest in early spring. Not too warm, but comfortable shoes will also come in handy; children should take scarves, hats and caps with them.

Because – we emphasize again – stability is not typical for the March weather in Budapest. And having undressed one day to a shirt due to +20 degrees and bright sun, the next you will be surprised to wrap yourself in half of the wardrobe you took with you. And still freeze.

Remember that at night the atmosphere here is very cold, and the dampness from the Danube turns the usual coolness into a terrible cold. Yes, and the average daily temperature of the order of + 7-8 ° C, even on the threshold of April, is a common thing.

Not as low as we would like. Therefore, you can find decent housing for two only if you have about 50-60 € per day. Yes, and according to these prices, it is dismantled long before the onset of spring. In any case, those options that are located in the center or at a short walking distance from it.

First of all, pay attention to Vaci Street, the surroundings of Vöresmarty Square and the Basilica of St. Stephen. This is not a cheap area, and therefore it is not so easy to find a free room there at an affordable price – you need to do this in advance!

If you’re lucky, you can book, for example, the cozy Viktoria Central Apartment. Wonderfully located and not particularly expensive.

We also recommend the well-equipped 30-meter JobelHome studio, half-kilometer from Matthias Church. Just 5 minutes walk – and you are in the center of the Buda Castle.

Somewhat more expensive, but designed Elegant apartment with Buda Castle view look like a wonderful choice. Spacious flat with a great view of the Fisherman’s Bastion…

You won’t be bored in Hungary in March – there is no doubt about it! And usually tourists are accepted for exploring Budapest immediately upon arrival. Why not – weather permitting?!

Only by throwing your suitcases into your room, you can immediately go to explore the old quarters of Buda. Wander around the Fortress Hill, explore the graceful Matthias Basilica, admire the Danube from the terrace of the Fisherman’s Bastion.

Then it’s time to cross to the other side of the river along the symbol of the city, the Chain Bridge. Visit Vöresmarty Square, full of excellent restaurants – do try the traditional Hungarian cuisine!

Then go to Vaci shopping street, one of the most popular shopping areas in the capital. Only keep in mind that most shops in Budapest are closed on March 15, the Day of the Hungarian Revolution. Like their employees, many Hungarians prefer to celebrate this holiday on the streets.

The basilica of St. Stephen makes a proper impression, the bell tower of which you can also climb. And located a little on the other side of the Central Market, overflowing with souvenirs and all sorts of delicacies.

Be sure to visit the luxurious parliament building. As well as such places as the Széchenyi baths in the Varosliget park, the Vaidaidahunyad castle, the Budapest Zoo, and museums.

Rarely does not appear in the tourist program Gellert Hill with the Cave Church and the famous baths. But not even every second traveler gets to the country tower of Erzhbet on Mount Janos, as well as to the Hungarian Skansen.

Still, because you need to have time to get from Budapest to Vienna. You understand, a very promising city! Many also intend to see Bratislava – the train takes about 3.5 hours to get there.

The desire to focus on the iconic sights of Hungary is quite understandable.

Therefore, be sure to go to the city of museums (and marzipan) Szentendre, visit Vishgorod. Pay a visit to Esztergom – it’s almost a crime not to visit the grand Basilica of St. Adalbert.

Visit Vaca and Gyor, get to Pannonhalm. The UNESCO-listed ancient abbey, standing on the hill where, according to legend, Saint Martin was born.

Whether to go in March to the largest lake in Europe, Balaton, is a debatable question. But the unique thermal reservoir of Heviz can be visited at any time of the year. The Sümeg fortress is beautiful even in early spring, the magnificent baroque palace of Festetics in Keszthely rests from tourists.

Relatively close to the capital are: the beautiful Bukk National Park and the town of Eger. Famous not only for its fortress, but also for fine wine, as well as thermal baths.

Budapest in April – is it worth going? Weather, prices 2023, how to dress? What to do in Budapest and Hungary in early April or closer to May, where to go – found out good […]

Where to Visit from Istanbul?

Where to go from Istanbul for 1 day or more? By car, bus or even boat? Interesting places in the vicinity of Istanbul and at a distance from it, how to get there, prices 2023 […]

When is the best time to visit Istanbul in 2023? In terms of weather, prices, number of tourists? Features of the seasons, how to dress, air and water temperature. What can you do in Istanbul in […]