What is the best time to visit Cyprus for vacation: with children, with loved one or alone? Weather by months, water temperature, prices 2023. What to see in Cyprus in high and low seasons, what to do – in the article by good Time for Trip.

The Greek part of the island of Cyprus is one of the most popular beach destinations in the Mediterranean. Which is understandable – moderate prices compared to Greece, Italy and Spain and a wonderful climate, as well as the presence of a sufficient number of attractions – rarely anyone can ignore this.

However, it is still believed that holidays in Cyprus should be fine in strictly defined months. When the sun bakes and the sea warms up to a comfortable for swimming temperature.

Is it really so? Are the main resorts of Cyprus well suited for adults and children in the summer? And is it worth thinking about visiting the island at other times of the year? Both in order to swim and get a tan, and to get a lot of impressions from excursions and hikes?

And in general, what month can be called the best time for visiting Cyprus? If to take into account not only the weather, but also prices. As well as the available opportunities for boring leisure…

We decided to study meteorological statistics and reviews of tourists in order to form an extremely truthful opinion. Did it work? You know better!

The coldest and therefore almost completely unattractive time for tourists in Cyprus. Although if you take a closer look, you will find something to admire. After all, when it rains non-stop in London, and New York is preparing for a heavy snowfall, the weather on the island is quite warm.

Don’t believe? But in December in Cyprus it is really not bad. If not for swimming, then for excursions to the Troodos Mountains, Paphos and Cape Greco – for sure!

The air temperature fluctuates during the day within + 17-21 °C. Sunlight is not as much as we would like. But against the backdrop of a moderate probability of precipitation – it will go!

January and especially February are slightly colder in Cyprus. The air warms up only to + 15-17 °C and even then not every day. And in the evenings, according to the Cypriots, it is better here in the winter not to leave the house at all. Because the outdoor thermometer can show +10 or even lower.

Snow falls in the mountains, skiers appear on the slopes of the local Olympus – do not confuse it with the Greek one.

However, you will not meet tourists either. So people who love solitude and history can not be afraid of competition, travelling from Paphos to Limassol, wandering the streets of Larnaca. Or maybe you will get to Nicosia – why not, because heat stroke at this time does not threaten. 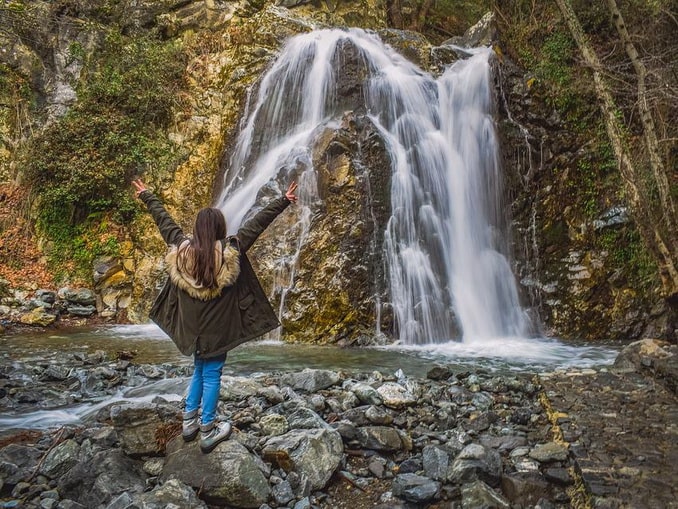 In general, it is also not considered a best period for a trip to Cyprus. Although a scrupulous study of long-term statistics convinces, this is an outdated stereotype.

Of course, if you get out on the “Island of Aphrodite” even at the end of March, it will hardly occur to you to think about swimming in the sea. But on the other hand, you will see how powerfully and quickly nature wakes up here.

And you will surely plan an exceptionally rich entertainment program. For example, go on a trip to the villages in the Troodos mountains, visit the monasteries there, see the Akamas park and its Blue Lagoon, bizarre grottoes on Cape El Greco.

You will drive on your own, and not with a tour, be careful. After all, the roads here are sometimes very narrow, and some have never seen asphalt. Remember that in most cases the client usually pays for damaged wheels, bottoms and glass of a car rented in Cyprus…

Even a skeptic would not call the March weather in Cyprus bad. Indeed, on the coast, the air easily warms up to +20 degrees Celsius.

Rains in early spring in Cyprus are rare and occur no more than 3-4 times a month. But sometimes the winds are too strong. Especially if you didn’t bring enough warm clothes with you.

However, all the same, the citizens who were in Larnaca and Paphos in March in the reviews declare their complete contentment. And they often say that in a week they managed to see all the main attractions of Cyprus.

As Easter approaches, it gets warmer. At first, not much, but at times the air and water warm up to values ​​at which you can start thinking about swimming. Although the sea near Cyprus in April rarely warms up even to +20 °C. Is that near the coast on the east coast.

But walks and trips on excursions at this time will cause a lot of positive emotions. Unless, of course, you first get acquainted with the forecast of local weather forecasters.

Woolen clothes, taken with you on a long trip along the coast or in the mountains, will not hurt. And it often happens very out of place – gusts of wind at this time of the year are very strong.

But in most cases, you won’t have to complain about the weather. And you will walk the streets in something incredibly light and summery. And at the end of the month, perhaps remember about sunscreen – even in the middle of spring, the sun bakes incredibly here.

In May, the high season comes to the island, and with it a large number of foreign tourists arrive. Perhaps that is why Anthestiria is celebrated on a grand scale at the beginning of the month?!

Swimming in the sea in Cyprus, even in May, is worth being careful – the water warms up to a maximum of + 20-21 °C. What is unlikely to stop northern European, British and American vacationers who miss swimming! 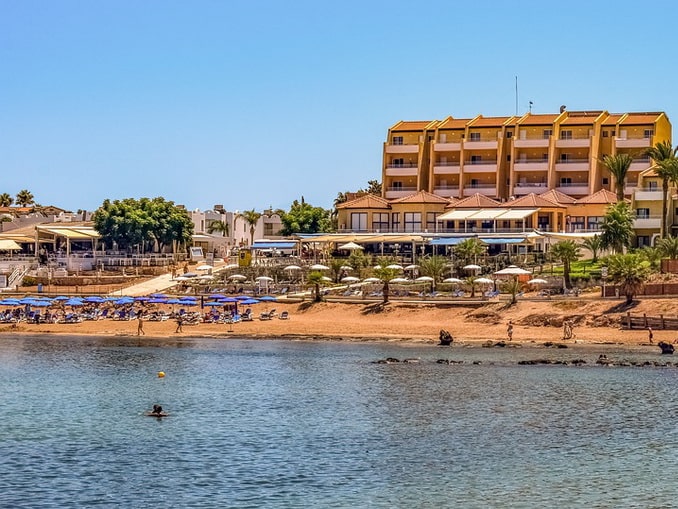 Not fully suitable for a carefree holiday for all categories of holidaymakers. If in June it is possible to go to Cyprus both for families with small children and retirees with experience, then in July and August we would recommend that even heat-resistant experienced citizens refrain from traveling.

In June, the weather in Cyprus is characterized by an abundance of clear days, but tolerable air temperatures. In most cases, outdoor thermometers will show +30 °C and above. But, due to the low humidity and the complete absence of rain, it is easily tolerated.

Moreover, sea water with a temperature of + 25-26 °C in the first summer month is still able to refresh.

But at the peak of the summer season in Cyprus, it gets too hot. And weather forecasters often promise something incredible – + 45-50 °C. And this is against the backdrop of a zero probability of precipitation and a scorching sun.

People who consider themselves healthy can try to relax in Cyprus in July. But in August, even they should choose another place for a seaside holiday!

If you don’t believe us, check out the related videos. After all, at this time the sun literally burns out all the island’s greenery. And if the mountain forests somehow hold on, then it’s hard to find a shadow on the coast

Hotels in Cyprus in the summer try to get the most out of it. Although in case of early booking you can stay in an inexpensive but high-quality apartment. Giving about 60-70 € per day, even in Ayia Napa.

Pay attention, for example, to Millie’s Apartments – here you can rent a studio with your own kitchen. The hotel is located 5 minutes from the sea, at the very beginning of the local bar street. True, the rooms are not noisy at all – surprised guests notice in the reviews.

Those wishing to save money are advised to pay attention to Tikay Studio Apts. Cozy separate studio located a kilometer from the beaches, but it costs about 50 € per night

The offer of Pieris Apartments also looks very attractive. The area of ​​this studio is about 40 m2, and you can walk to the beach from it very quickly.

It starts here as a continuation of summer. Not the way it was in the ended August, but the June format.

That is, in September the weather in Cyprus becomes noticeably less hot. And during the day the air warms up to + 30-31 °C. But at night it gets much colder.

The sea near the coast allows you to swim regardless of the time of day. In early September, it warms up to +27-28 °C, and at the end of the month it cools down to +25 °C.

Keep in mind that the west coast is usually a little cooler than the east. Therefore, September in Paphos, for example, is characterized by slightly lower air temperatures compared to Protaras.

Rains in early autumn in Cyprus are rare. Equally, the winds are more pleasant to cool heated bodies than to cause inconvenience. 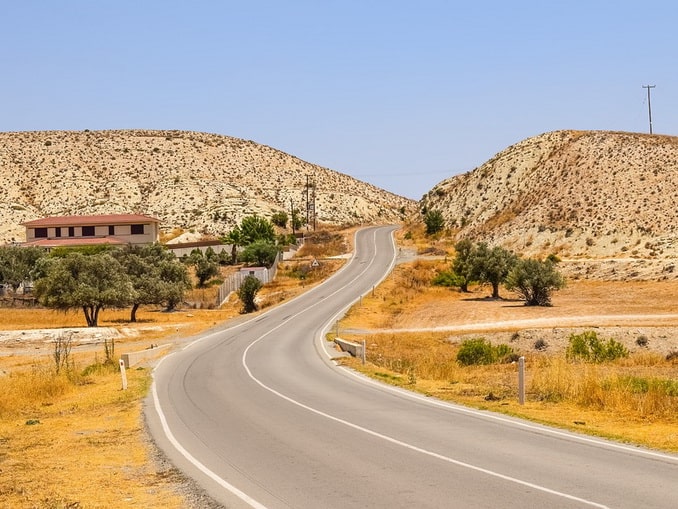 But then the temperatures drop noticeably. And the weather becomes just warm, but not hot anymore. And at the end of autumn, it begins to signal the imminent arrival of winter.

On the one hand, you can still walk around without umbrellas and jackets – during the daytime. But in the evenings you already have to think about sweaters and sweaters.

In November, the weather in Cyprus becomes even cooler. But from the same Great Britain, it is unlikely that it will greatly regret the established heat of the order of + 22-23 °C. Which will allow not only sunbathing, but also swimming – even after All Saints Day, you can do this in Cyprus without fear of getting very cold…

Toward the middle of the month, cultural and excursion events come to the fore – like excursions to the Troodos Mountain and walking along the streets of Limassol and Nicosia. Daytime air temperatures will move into the range of +16-17 °C.

The rains are slowly starting to get on your nerves, the winds are getting stronger, and the humidity is also growing. But in general, the field of activity for an active tourist remains habitually wide.

After all, he can enjoy the natural landscapes in Akamas Park and Cape Greco without interference. Without interference, explore the marvelous mosaic heritage of Paphos, visit the rock of Aphrodite and the ruins of ancient Kourion. Or maybe go to the Turkish part of Cyprus – after all, there are also a lot of interesting things there!