How to get from the airport to Budapest in 2023? Bus routes 200E and 100E, timetable, opening hours, ticket prices. Is it possible to get from the terminal to the center of Budapest at night, how much do taxis cost – in the review by good Time for Trip.

The Franz Liszt Airport near Budapest, the largest in Hungary, is the main air gateway to a European country. It receives about 10 million passengers per year, arriving on flights of both national flag carriers and low-cost airlines.

Many of the arrivals, of course, do not even suspect how exactly they will get from the airport to the hotel in Budapest. Or at least to the city center. Having – and this is a great blessing – a small but well-organized metro system.

We hasten to reassure – in the case of the Hungarian capital, you can easily get there from the airport and back. Moreover, both during the day and at night you will not have a particular need to use taxi services.

How to Get by Bus

At the moment, there are two bus routes that allow both getting from Budapest Airport to the city center and going in the opposite direction. That is, after the end of the visit.

The stop of both is located near the exit from terminal 2B, there are also ticket machines there. Allowing you to buy tickets both for cash (only Hungarian forints) and with the help of cards of international payment systems.

can be called democratic, it’s installed in the urban public transport system. And a ticket for it will also allow you to ride on the Budapest metro within the allowed time interval.

To travel by bus 200E, you need to buy a so-called “through ticket” (transfer ticket) for 350 forints. Then wait for the arrival of the vehicle, validate the ticket at the entrance and hit the road.

The final stop is the Kőbánya-Kispes metro station. Due to frequent renovations, it sometimes changes – usually to Nagyvárad tér.

A bit more privileged because it’s a fast (max 40-minute journey) bus between the airport and center of the Hungary capital. It brings travelers to the metro hub Deák Ferenc tér, from which you can quickly get to the key attractions of Budapest even on foot.

On the way, in addition to the final one, the bus stops at the stations Kálvin tér and Astoria (only in the morning, from 3.40 to 4.40). 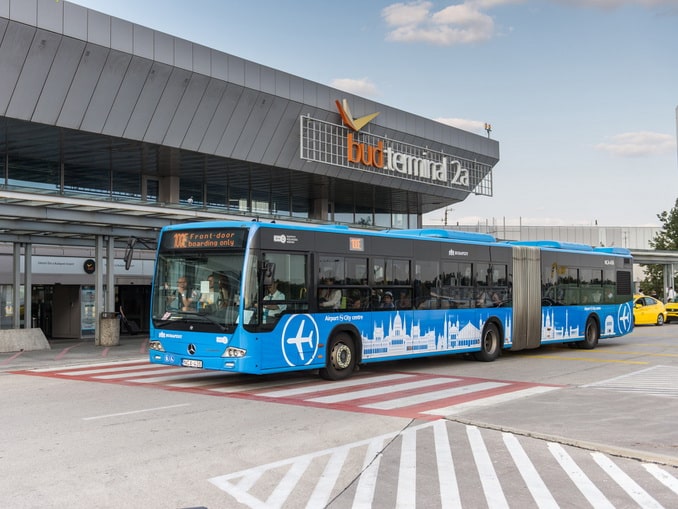 You can find detailed information about route 100 E on the official website of the Budapest transport operator – bkk.hu/en/travel-information/public-transport/airport-shuttle/.

The cost of the trip from (to) Budapest airport usually starts from 25-30 €. Although in general there are enough transfer companies in the city that organize comfortable delivery of tourists for 10-15 €. You just need to book this service in advance! 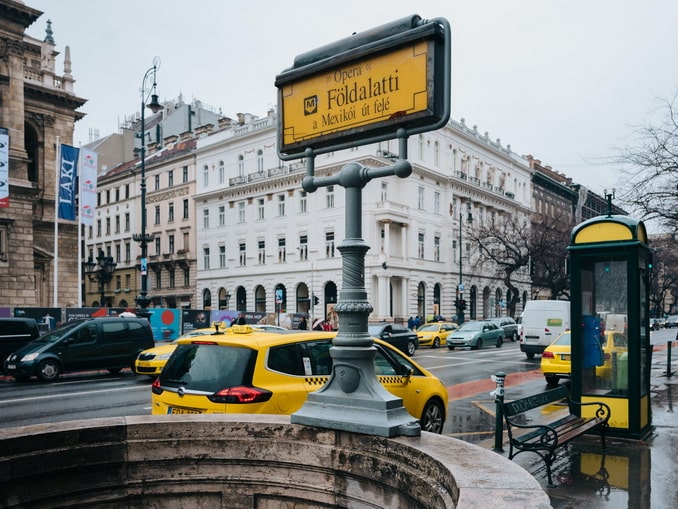 Renting a car is the most expensive way. But it greatly expands the possibilities of the tourist!

Allowing both to get from the airport to Budapest itself, and to travel around the outskirts of the Hungarian capital. Moreover, the prices for car rental today are not staggering!

Not so much, if in return you have noticeably broader prospects. After all, you can see a lot of interesting things in Hungary. As in the near and far suburbs of its capital there is where to thoroughly turn around.

Visit the fortress of Visegrad and pretty, as if transferred from the shores of the Mediterranean Sea, Szentendre. Go to the local Skansen, see live the grandiose Basilica of St. Adalbert in Esztergom. Wander the streets of Baroque Győr…

By car, you can easily get to the shores of Lake Balaton. After all, if someone who comes to Budapest in October does not think too much about swimming, then in the summer the “Hungarian Sea” attracts a lot of vacationers.

By renting a car, you can easily change the direction of your vacation for a few days. For example, take a health spa course on Lake Heviz, see the sights of Keszthely and the Sümeg fortress.

The motorist will not seem redundant the distance separating Budapest and the town of Eger. Glorious for its old town and, especially, the fortress.

Equally, you can quickly get to the Bükk National Park. A real green reserve abounding with plant species rare for Central Europe.

Budapest in January – is it worth visiting? Weather, how to dress, prices 2023 on hotels and excursions? What to see in Budapest after the New Year, where you can go in the Hungary – […]

Budapest in February – is it worth visiting? Weather, air temperature, how to dress, prices 2023 in hotels and on excursions. What to do in Budapest at the end of winter, where to go – […]