Venice in September – is it worth going? Weather, how to dress, water temperature, prices 2023. What to do in Venice in early autumn, where to go outside the city – in the review of good Time for Trip.

Even those who know almost nothing about Venice, deep down vaguely guess that anyone can go to this city at any time of the year. Absolutely not afraid to remain disappointed due to the lack or low quality of impressions.

However, there is no secret that certain periods of the year are more suitable for such a trip, and some are less. So, most reviews advised not to go to Venice in November, because of the high probability of heavy rains and floods. And reasonably considered the period from December to early February as the low season here.

But in the summer and even in May La Serenissima does not know the end of tourist flow. Yes, and September in Venice is frankly gorgeous.

As in terms of the weather, which is not much different from its summer version. So in entertainment: the Venice Film Festival and the historic regatta on the Grand Canal, held at the beginning of the month, traditionally attract curious people.

Then their attention, of course, dissipates. Someone goes to Murano and Burano, or even Torcello. While others prefer to explore Venice itself. Also an interesting thing – you can’t argue with that!

Weather in Venice in September

Exceptionally or just well suited for walks and excursions, as well as a beach holiday. Since daily air temperatures during at least the first half of the month rarely leave the corridor + 25-30 ° C. At night, however, it is much cooler: after sunset, the atmosphere quickly cools down to +17-20 °C.

September 2021 in Venice was especially hot. And in the second decade of the month, tourists no longer thought about which of the sights they should see today, but about finding coolness. For air temperatures reached +32 ° C, and the sky seemed to have forgotten about the existence of clouds.

Most of the locals spent this time on city and suburban beaches. And the surrounding resorts like Lido di Jesolo were literally crowded with vacationers.

There was practically no rain during the first half of the month. Although the average rainfall in Venice in the first month of the Fall is about 80-90 mm. And the number of cloudy or rainy days reaches 7-8.

Note that after the 20th of the month it gets a little cooler. Daytime air temperatures move in the range of + 20-24 ° C, and nighttime temperatures sometimes drop to + 14-16 ° C.

The humidity is also growing, reaching 80-90%. What should not be surprising – in the second half of September, the rains in Venice begin go on a regular basis.

From the foregoing, it is clear that there is no need for warm clothing. The maximum you should bring is a hooded windbreaker and a sweatshirt.

In any case, both the first and the second have every chance to come in handy during a trip on the open deck of a vaporetto boat. Well, or during an excursion on the same gondola – near the water always much cooler. Especially in the evenings.

It should be borne in mind that the Adriatic Sea near Venice in early September is warmed up to a solid + 23-24 ° C. And you will almost certainly want to take a dip!

You can do this on the back side of the Lido Island, which has a string of good sandy beaches. Or in the vicinity of the “City of Canals”. For example, in the town of Lido di Jesolo, one of the most popular resorts in Italy. Or a little further northeast, in Caorle.

Toward the October, the water in the north of the Adriatic cools down to a modest + 20-22 ° C. Which will not satisfy all holiday-goers.

They just don’t soar in the sky – the cost of apartments and hotel rooms is almost at the maximum level. A couple of two people for a night of accommodation will have to pay from 120-140 €.

This is without taking into account taxes and fees, which in 2022 are added to the actual entrance fee to Venice.

At the same time, for this money you can stay only in Cannaregio or in general on Giudecca. We’re not saying it’s bad – rather good.

As well as movie fans who hoped to settle on the Lido close to the cinemas where the premiere screenings will take place. For the cost of rooms in island hotels in early September is better not to inquiry – nightmares will torment.

Therefore, pay attention to relatively democratic options. Like the cozy 50 m2 Ca’ Morandi apartment in Cannaregio. It has all the conditions for a comfortable stay, to the Basilica of San Marco and the Doge’s Palace – about half a kilometer.

We advise you to consider the Castello area, which is unpopular among tourists. Although it seemed – from here you can walk to the very center of the city in 5-7 minutes?!

Here you can stay in the spacious apartments Bacio Di San Marco VeniseJeTaime. Judging by the reviews, well furnished and equipped with all necessary modern appliances.

Above, we briefly mentioned the Historical Regatta in Venice, which traditionally takes place in early September. Becoming a witness to this event is like entering the circle of the elite. But you can watch the colorful show completely free of charge! 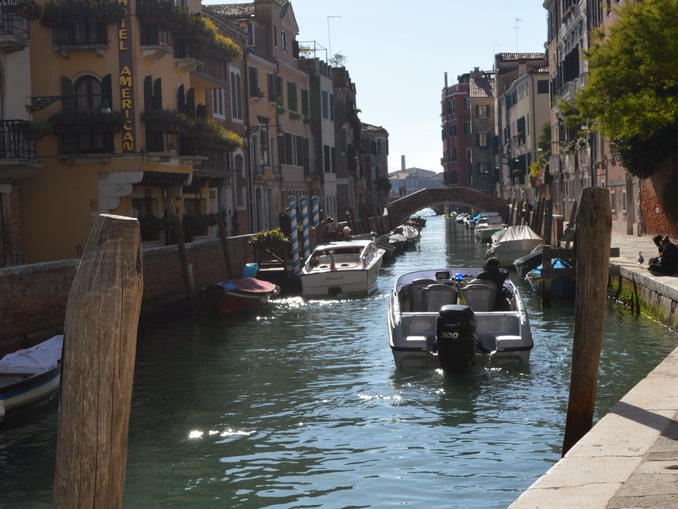 Equally, at this time you can see some movie stars. Although usually the Venice Film Festival is much inferior to Cannes in terms of the number of invited celebrities.

The rest of the possibilities are outlined in our rather compact material dedicated to the top attractions of Venice. And not only to them – we also recommend seeing some little-known churches in person.

Visit a place like Scuola Grande di San Rocco, mentioned by far from all guidebooks as a must-see. Go to the island of Torcello, apparently – the cradle of Venice.

In Murano you must see not only the Rio dei Vetrai and the Glass Museum – off the tourist trails, this island is incredibly nice. Try to find something like nirvana on Giudecca. And in Dorsoduro – something that is difficult to find in San Marco – calmness and a feeling of incredible, deep happiness.

Despite the fact that the program of events in Venice itself will be rich, we recommend you to plan one or two trips outside the famous city.

We guarantee you will not regret if you visit Verona in September. A chic city filled with light and a lot of interesting sights.

There is a direct sense to get to Lake Garda. Where the high season is still going on at this time.

Few tourists find it possible to take the time to explore Treviso. Even despite the fact that through the Antonio Canova airport many travellers customary to get to Venice.

And a very small number of tourists reach Vicenza. A large, but obviously deprived of the attention of guidebooks, a city in Veneto.

Despite the fact that this is a kind of architectural open-air museum. A place that is clearly different from most in Italy.

What to buy in Italy as a gift, a souvenir or for food in 2023? What items are the most popular, and how much do they cost? The best original products and wine you can […]