Sicily in September: is it worth going and where exactly? Weather, water temperature, is it possible to swim, prices for hotels and excursions 2023. What to do and what to see in Sicily in early autumn – in the review of good Time fop Trip.

If it’s true that people mostly go to Sicily to move and not lie on the beach, then the best time for this is clearly outside the high season. Usually completely African-style hot and therefore poorly suitable for all kinds of trips and excursions.

On the contrary, the middle and end of spring, as well as the first half of autumn, look more promising in this sense. After all, the weather will almost certainly allow you to see the main sights of the Sicily. At the same time, without overworking and burning out.

Equally, going to Sicily in September, you will be able to fully realize your beach aspirations. Enjoy swimming and sunbathing. And doing it in between walks and trips.

As you know, you can drive around the island along the perimeter, and at the same time not miss anything interesting, in 7-8 days. Is it any wonder that most tourists come to rest here for about a week?!

Those who are serious and understand a lot about a real relax, of course, will plan at least a 2-week vacation. Because they know how to spend the summer with dignity! 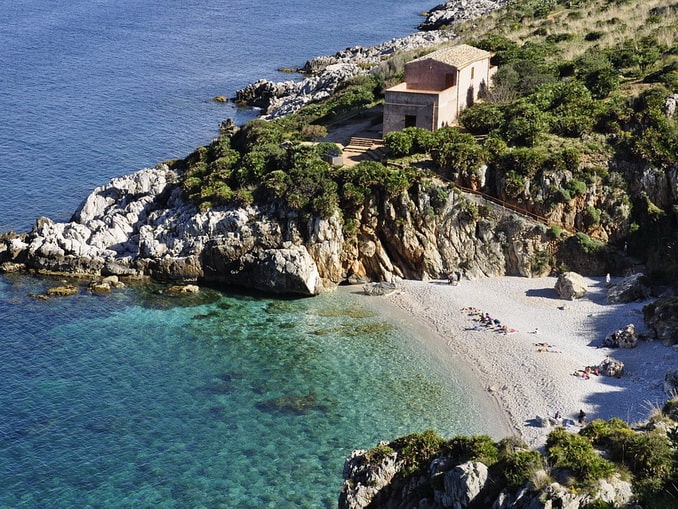 Weather in Sicily in September

Fully justifies the desire of enlightened tourists to go here at this time. If we exclude the seriously increased probability of cloudy and even rainy days compared to the peak summer months, Sicily in early September is an extremely attractive place.

The air temperature on the island during the first two decades of the month stays at + 25-29 ° C during the day and + 20-24 ° C at night. As if she has concluded a profitable contract and is doing everything not to lose it.

Only towards the end of September the weather in Sicily hint to tourists that it is time to think about returning home. But does it gently and then – not always!

That is, you don’t have to cringe and think longingly about warm jackets and gloves forgotten at home. As a maximum, you will have to find a pullover at the bottom of the suitcase and throw it over your shoulders in the evenings.

In any case, in September 2020, tourists who found themselves in Sicily at that time had to remember for a week the existence of slightly warmer clothes than a T-shirt and shorts.

The average number of rainy days in Sicily in the first month of autumn does not exceed 4-5. But the usual rainfall rate seems to be a bit high for such a geographically close to the Sahara place – up to 50-60 mm.

This shouldn’t scare you! On the contrary, the possession of this kind of information allows you to plan the most adequate route in advance. And without a twinge of conscience, alternate lazy rest on the seashore with rich long excursions.

After all, you simply must see Palermo and Trapani, Syracuse and Modica, Agrigento and Selinunte. And it’s a sin not to climb Mount Etna on a cool, but relatively clear day!

Both the Tyrrhenian and the Mediterranean Sea, hugging the island, are warmed up to + 26-28 ° C by the beginning of autumn. And parting with this degree is extremely reluctant. In any case, you should not expect a steep peak from the sea temperature.

Everything will be civilized and predictable – by the end of September, the water off the coast will cool by a maximum of a couple of degrees. And you can swim without reference to the time of day.

Naturally, closer to the third decade of the month, it will be a little cool in the morning. And it will turn out to swim after persuasion – once you have arrived, then you must!

But by 10-11 o’clock in the morning even small children can flounder in the water area. And closer to 16-17 you are unlikely to find differences from the summer.

Note that there is no particular difference in where to land in Sicily for a holiday in September.

If you are an independent traveler, and are free to choose your vacation destination, it is best to settle in San Vito Lo Capo on the west coast. The sea is warmer there, and you will not meet package tourists.

Yes, and hotel prices are falling with the advent of autumn – the main flow of vacationers has gone home, and hostels are forced to adjust. 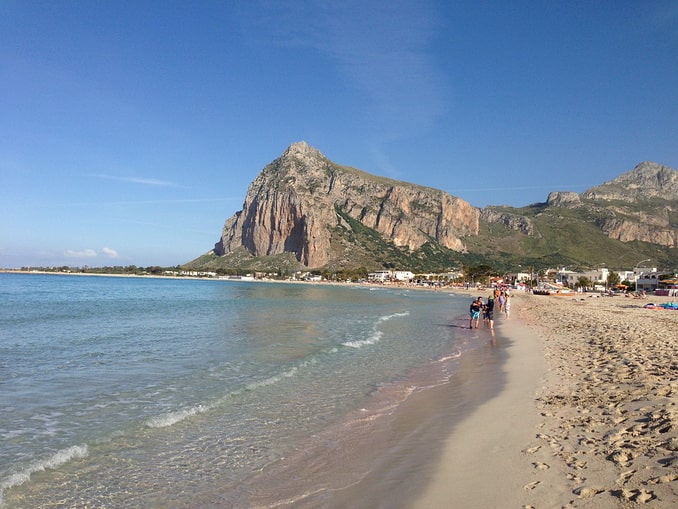 Tourists gravitating towards sights and beautyful cities should probably consider Cefalu, 70 km from Palermo. However, even in early autumn it is flooded with tourists.

This town is small, and therefore many run the risk of getting bored, having settled here for 7-10 days. So active citizens should pay attention to another worthy option – the extensive Mondello beach near Palermo.

Travelers who have bought a package tour, usually go to the east coast of the island: to the beaches of Taormina and Catania. The water there is bit colder, but you will hardly have to complain about this circumstance. Since in general the sea aroung the island in early autumn is warmed up to temperatures that exclude discontented snorting.

Renting a car right at the airport gives you a free hand when it comes to travel. The pleasure will cost from 50 € per day, but it is not suit everyone. Although the traffic in Sicily is not very dens, the mountain highways are very serpentine. And require a certain composure when driving.

Again, it is difficult to avoid contact with walls and other cars in local towns. Where the width of the streets sometimes looks completely insufficient for oncoming traffic.

Do not forget about the prices for gasoline in Italy, claiming the championship in Europe. And also about the almost non-alternative payment of local parking lots – they require money on all days of the week, except Sunday.

Apartments on the island, of course, are cheaper than hotels. That’s just free ones closer to the required time may not be – September is a popular time among vacationers.

We recommend paying attention to Le Palme Di Conturrana Classic in San Vito lo Capo with free underground parking. You can walk from it to the sea in just 5 minutes.

A cozy and inexpensive Baglio del Mulino a Vento looks like a very good option. The is a parking, the beach is a within walking distance.

In Taormina, we recommend paying attention to the B&B La Terrazza Sul Mare Taormina, nestled on a hillside with a beautiful view of the surroundings.

The Hotel Villa Nettuno also received appreciative feedback from the guests. Located also not very close to the coastline, but not suffering much from this – there are much more pluses!

A detailed guide on what to see in Sicily in a week or more, we have created earlier. You just have to design your own route of movement, based on the point that is chosen for the rest. And, of course, their own mobility!

Since, although public transport on the island is developed and not bad, you are unlikely to travel from Taormina to Trapani by train or bus on your own. A similar trip in a car is a test. After all, only in one direction you will have to overcome at least 370 km!

Those, who settle in San Vito Lo Capo should visit Trapani and Erice, see the temples in Segesta. And also go to the archaeological park of Selinunte.

An unique place even by the standards of Italy, where eight ancient Greek temples of varying degrees of destruction live.

From the same resort you can easily get out to see main attractions in Palermo (105 km) and the cathedral in Montreal. Naturally, for such a walk it is better to choose not the hottest day – walking along the Sicilian streets flooded with sun is hard even in September!

For 1 day mz San Vito lo Capo you will have time to go even to Agrigento. Indeed, in order to see the famous Valley of the Temples and wander along the “Ladder of the Turks” near Porto Empedocle, it is not a sin to overcome an extra 400 km.

Seeing Modica and Ragusa, having settled on the western coast of Sicily or in Palermo, is problematic in just a day. For the distance along the highway in one direction exceeds 350 km!

Equally, you will have to come up with something non-standard for climbing Etna. And here it is no longer so important whether you use the funicular or go on foot.

Those staying on the east coast should concentrate on the narrow streets of Taormina and the churches of Catania, a large city by local standards. By the way, which is also the starting point of most of the routes of climbing Etna.

Naturally, include in the route and a trip to Syracuse. An exceptionally interesting city and birthplace of Archimedes.

Tourist guides do not recommend visiting Messina – maybe in 100-200 years. But a trip to the Aeolian Islands from the town of Milazzo can be a very interesting experience. Fortunately, the local “ideal” volcano Stromboli rarely behaves calmly. And much more regularly throw out puffs of smoke!

Sicily in April – is it worth going on vacation? Weather, whether it is possible to swim, prices 2023 in hotels and on tours. What to do in Sicily in the middle of spring, where […]

Sicily in May – is it worth going? Weather, water temperature, is it possible to swim? Reviews of tourists, hotel prices 2023. What to do and to see in Sicily at the end of spring […]