What to see in Paris in 1-2 or 3-5 days on your own? How to make a walking route, description of attractions, ticket prices 2022. Where to go with children, what can you do in the vicinity of Paris – in the material of good Time to Trip.

Few people visit Paris for a short time – even citizens in a hurry take more than one day to see the “capital of the world”. After all, exploring the Louvre, climbing the Eiffel Tower, walking for an hour in the Versailles Park – all this takes time.

Therefore, travelers usually take at least 3-4 days to explore the French capital. Of course, you would like more – but where to get so much money? After all, hotels in Paris are not cheap even in September. And even more so in the summer… 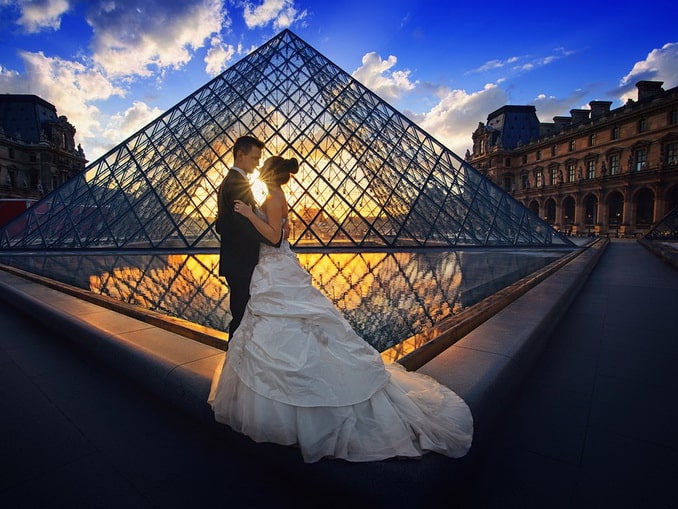 Such a sincere interest, of course, has an explanation. After all, the city on the banks of the Seine, as you know, is not so much large as diverse. And therefore, even during the third or fourth trip, something previously unseen, interesting, simply unique will be found.

Have you been to the main museums of Paris and even visited Versailles a couple of times? Then discover the cozy charm of the Marais and stroll along the promenades and streets of the Île de la Cité and Saint-Denis. Ride to Malmaison and get to Fontainebleau!

Have you climbed the Eiffel Tower? Now take a tour of the Palais des Invalides, explore the Latin Quarter, walk around Montmartre, think about life on the steps of the stairs near the Sacré-Coeur Basilica.

Isn’t it enough? Even the famous touristic sights in Paris are so numerous that you are guaranteed to find something to do. And here it is important to correctly plan the route. To get the most out of it and not get too lost!

You will have to spend a whole day to visit the Louvre. And even that is not enough!

As has been noted more than once, this museum is not one of those in which you can get “tremendous aesthetic pleasure.” And then go to a restaurant under the impression.

After all, viewing the collections of the Louvre, according to many, one of most interesting places of Paris, is hard and compulsory work. Which not everyone likes.

Even if you can get in without queuing, seeing the exhibits, especially in the Denon Wing, will require considerable physical effort.

And remember that the museum is closed on Tuesdays. But on Wednesdays and Fridays it is open until 21.45!

Adult tickets cost 17 € (15 € – at the box office), children 0-17 years old are free. The official website of the Louvre tiredly reports that “the museum is heavily overloaded.” And it is recommended to buy tickets online for a specific date and time – louvre.fr/en/visit/hours-admission.

Want to get into the Louvre for free? Today it is already necessary to discard this idea as unpromising!

Have you looked at the Mona Lisa from behind the backs of hundreds of tourists, appreciated the powerful impulse of Nike, saw the apartments of Napoleon III abounding in gilding in the Richelieu wing? Need a rest! 2-3 hours of walking around the museum, and the abundance of impressions makes the mind almost turn off.

Have you chosen to look at Paris with children and intend to spend there not 1-2 days, but at least a week? Then the main museum of France is better to visit with a guide!

The cost of a private tour of the Louvre is not as high as the chance of getting mentally lost in all its sights!

If after that you have enough for a trip to Pont Neuf and the Île de la Cité, an external inspection of the (restoring after a fire) Cathedral of Notre Dame de Paris – consider yourself a hero.

And if you reach the Conciergerie Castle, the Palace of Justice, the Orfevre embankment and the royal chapel Sainte-Chapelle, then this will already be something of a legend. By the way, by all means go to the chapel – you won’t regret it!

It will not be out of place to look into the church of Saint-Germain-l’Auxerrois, another wonderful example of French Gothic. Moreover, it is located on the same side of the Seine as the Louvre. It is believed that it was the bells of l’Auxerrois that gave the signal for the beating of the Huguenots on Bartholomew’s night.

The main goal is the Eiffel Tower. But in the morning (opens at 9.30) you should not go there. Firstly, the view of daytime Paris is not as catchy as it is before sunset. And secondly, you will simply lose several hours in line.

Security cordon, ticket office, queue for the elevator – if you are going to climb to the very top (275 meters). During the time of waiting, a significant part of life passes before the mind’s eye. And thoughts begin to wander in your head that you made a serious mistake.

Save valuable vacation time by purchasing tickets in advance (one month before the date) on the tower’s website and refusing to use the elevator. Climbing the stairs to the second tier (115 meters), assessing your own physical readiness and puffing up from the realization “I’m here” is best in the evening.

The price of an adult ticket starts from 17.10 € (only 2 tiers), for visitors aged 12-24 you need to pay less, 8.6 €. Study detailed information on the official website of the tower – toureiffel.paris/en/rates-opening-times.

It makes sense for those who soberly assess the realities to look at the main Parisian symbol from the outside. Beautiful views of the tower itself and the Champ de Mars are offered by a (free!) observation deck on Trocadero Square.

The first half of the second day in Paris can be devoted to a visit and a detailed study of the Latin Quarter. You can look at the buildings of the Sorbonne, drop into the Pantheon, see the ancient Romanesque church of Saint-Germain-des-Pres and the classical Saint-Sulpice. Whose architecture resembles St. Paul’s Cathedral in London!

But if you are not an art historian, do it in the company of a guide. Which familiar and – moreover – in love with Paris! 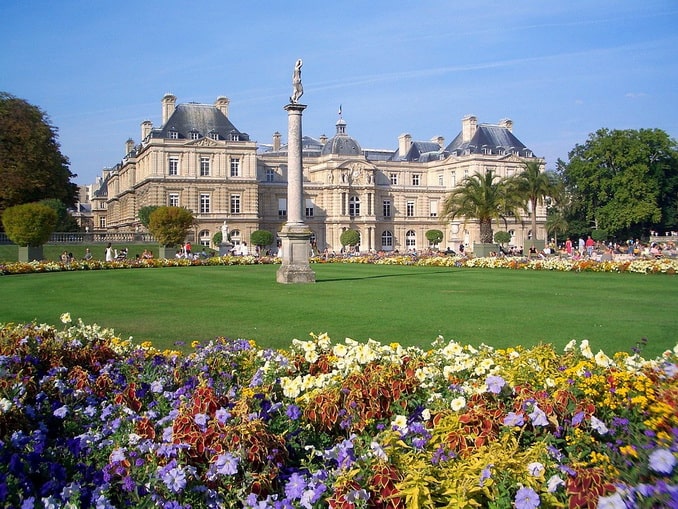 It is not superfluous to look at the Luxembourg Gardens with a palace with your own eyes. The latter is the first example of Italian Baroque in Paris. Appeared on French soil thanks to the Florentine Maria Medici, the wife of King Henry IV.

An extremely interesting pastime is a visit to the collection housed in the National Museum of the Middle Ages. Cozily settled in the buildings of the ancient monastery of Cluny.

By the way, a great opportunity to see Paris from above is the Montparnasse tower in the 15th arrondissement. It is located near the metro station of the same name, growth – 59 floors, height – 200 meters. You can go upstairs mostly without queues – this is not the mesh construction of Gustav Eiffel.

Latin Quarter is nearby. Within walking distance is the entrance to the catacombs of Paris (Place Danfert-Rochereau).

Seeing all of Paris in 3 days on your own or even with an experienced guide is unrealistic. Because it’s too tiring. Therefore, we continue to enjoy and are not in a hurry …

We recommend spending the next day exploring the Marais quarter, steeped in history, like a good cake with cognac. Literally across the street, in the third quarter, is the Paris Picasso Museum: 5,000 paintings plus the archive of the great Spaniard. And it seems that this collection of works by the Spanish genius has no equal in the world.

If you love contemporary art in all its guises, walk to Beaubourg street. After all, there, in a recognizable building with engineering communications outside, the world-famous Georges Pompidou Center is located.

A little-known gem of the Marais is the late Gothic Saint-Jacques tower. This is all that remains of the church of the same name, dismantled into cobblestones during the French Revolution.

Walk along the Seine embankment to the Pont Royal, one of the oldest in the capital of France – it starts right at the Louvre Pavilion of Flora. Cross over to the Left Bank of the river (Rive Gauche), stop by to admire the paintings in Orsay.

Obviously, in the season it will be associated with a queue. But not to look at the Impressionists in all its glory – is it a crime?! A ticket without discounts costs 16 €.

But if you are accompanying a child under the age of 18, you only need to pay an entrance fee of 13 €. Children are, of course, free of charge.

On Mondays, one of the three most famous museums in Paris is closed. But on Thursdays you can walk through the halls until 21.45! 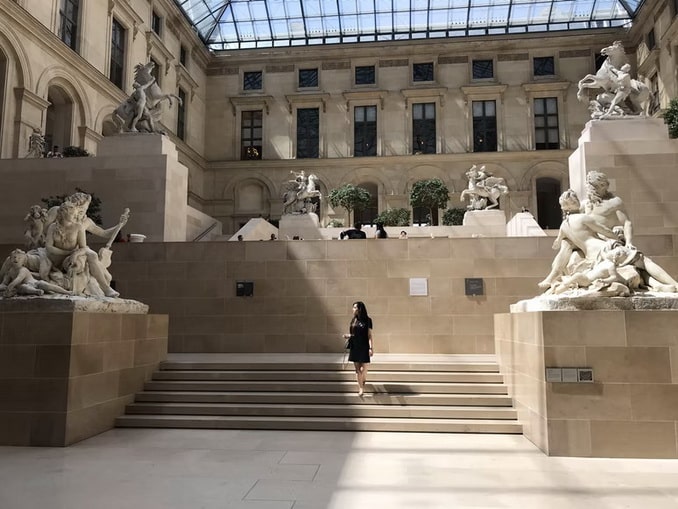 The fourth day in Paris, the entertainment capital of the world, will surely be overshadowed by fatigue. On less persistent people, it can roll on the third day. Therefore, we recommend a little distraction and take a walk outside the city!

Versailles is best left to the finish line. And in search of rest, go to the castle of Fontainebleau. A cozy park, a huge hunting palace, few visitors – a lot of air…

Every wooden panel on the walls, every window breathes history. Here, perhaps, Louis XV was looking at the court ladies walking in the park, and here, thinking about the next campaign, Napoleon frowned…

You can also go farther. For the lion’s share of the most famous castles in France is just a couple of hours drive from its capital!

You can not go anywhere, but explore the bohemian district of Montmartre. Enter the snow-white Sacré-Coeur Basilica… Just sit on the steps of the famous staircase, admire the metropolis immersed in the mysterious and harmful exhaust smog.

What can you do in the capital of France on the fifth day? In the event that you come with children, it is worth completing the trip on a positive (for them) note. That is, go to Disneyland!

The Versailles residence will be a worthy crowning trip for romantic couples and respectable families. Not far to go, but the scope of the complex suggests that it is necessary to visit here at least once in your life!

The Palace of Versailles and the park, the Grand and – most importantly – the Petit Trianon of Marie Antoinette, musical fountains: according to the mind, more time should be devoted to all this. But the tourist is always in a hurry …

For those who can spare themselves one more day or more, we advise to go a little further from Paris. Visit Normandy, see Mont Saint-Michel, and maybe – the rocks of Etretat!