Antalya in October: is it worth going and why exactly? Weather, water temperature, how to dress, is it possible to swim? Prices for hotels and excursions 2022. What to do in Antalya in the middle of autumn, where you can go in the vicinity – in the material of good Time to Trip.

Antalya is Turkey’s most popular seaside resort. At least, among foreigners!

In terms of annual attendance, it is able to compete with the best European resorts! Not the least thanks to the climate, which is no worse than in the Spanish Marbella. The main local advantage is the prices!

After all, rest here, in the eastern part of the Mediterranean Sea, is quite inexpensive.

Especially if you shift its dates a little. And go to Antalya in October!

In the past – entirely pandemic year – 1.6 million foreign tourists decided to take such a step. That allowed the resort to overtake the most interesting city in Turkey. Yes, that’s right, only 1.2 million foreigners became interested in Istanbul in October 2021.

However, we digress. Since our article is devoted exclusively to mature autumn in Antalya. Local weather, sea temperature, opportunities for fun.

We will also touch on important preparatory points. After all, in order to have a good rest, you need to know what should to see in Antalya. And take with you a number of things that are mandatory during a seaside vacation! 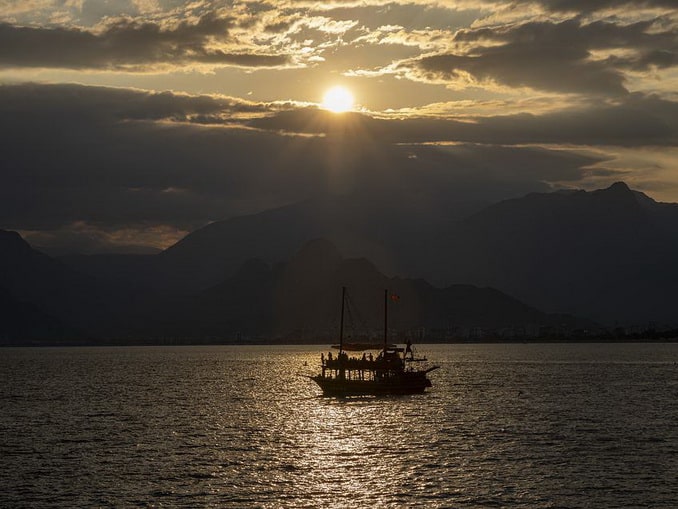 Weather in Antalya in October

In other years, temperatures of +30 °C and above are recorded for a couple of days. But this is more the exception than the rule. Even in the era of global warming!

All this, of course, had an extremely beneficial effect on the temperature of the sea. And it allowed many vacationers of different, even the most tender ages, to swim.

Only towards the middle, but more often – at the end of October – beautiful Antalya and its motley tourist community from dozens of countries of the world begin to realize that the summer has passed. And ahead – rather unpleasant, because cool, months.

During this period, thermometers give in to the general mood, and they are overcome by despondency. As a result, you are unlikely to hear a weather forecast predicting more than +22-24 °C.

And this is during the daytime!

Because after sunset you will have reason to complain about the lack of demi-season clothing. Something like a windbreaker or sweatshirt, as well as trousers.

After all, shorts will not seem too appropriate at temperatures around +20 ° C.

But on the threshold of November, more than an hour is “cut off” from the light part of the day. And gatherings on the beach after 18 hours will be held in pitch darkness.

There are a lot of sunny days! And the statistical probability of rain does not force you to abandon the trip!

Against the background of the summer months and the beginning of autumn, the described month is considered damp – up to 40-60 mm of precipitation falls. But 3-5 rainy days, which during your vacation may will not happen – isn’t this an acceptable risk?

Humidity in general rarely exceeds 60-75%. Those who have been to Antalya in the summer will consider that literally miraculous.

It’s easy to breathe here. And moderately hot weather is well tolerated even by sensitive people.

In early October, the sea in Antalya is warmed up to values ​​that July Crete will envy: + 26-27 ° C. You can start swimming just after sunrise. And no waiting for noon is required for this!

On the contrary, from 11 to 17 it is worth staying in the shade and not exposing your back to the local sun. Otherwise, even sunscreen does not guarantee 100% protection.

The local water area cools down not too willingly, even lazily. In the middle of the month the water is still warmed up to +24-25°C. And only closer to November, it begins to think – isn’t it time to cool off a bit, winter is on the nose?

They are frankly low. And allow settling in a pleasant proximity to the beach. Or in the heart of the old city!

Pay attention, for example, to Stile Suite Hotel in Konyaalti with a rating of 9.7 and just half a kilometer from the coast. A separate, albeit small (21 m2) studio, equipped with all the necessary equipment for independent living costs only 50 € per day.

A small room (15 m2) at the Kaleiçi Ozkavak Hotel will cost about the same amount. But you will live within walking distance of all the main attractions.

Approximately 85 € per day is the rental of spacious Mavi Avlu – Old town apartments (109 m2). 3 bedrooms, spacious balcony overlooking the sea, apartment located right in the heart of the old town. Very close to the port, from where sightseeing sailboats leave for Phaselis or Kemer.

Participation in such a cruise costs reasonable money – from 25 € per person.

As for car rental, it will not ruin anyone’s budget either. For rent you have to pay about 20 € per day. And at the same time, do not think about the mileage limit!

Most likely, the weather will allow you to visit Aqualand Antalya Dolphinland. If it is not closed due to the late season and a small number of tourists.

There is also an aquarium in Antalya, children can enjoy the rides in Aktur Park. And their parents – to make purchases in local shopping centers. After all, they need to bring some souvenirs from Turkey?

Guided walks through the streets of the old town, Kaleichi, are in demand. As well as organized trips to nearby suburbs.

As you know, off-the-beach activity often involves a lot of interesting events. And resting in Turkey in October, noone don’t have to think about whether its body can withstand a long trip.

It is worth checking out at the top of Tahtala. The highest local mountain with magnificent panoramic views of the coast. Just dress warmly, at a height of 2365 meters it is cold even in summer!

Be sure to pay a visit to the ruins of the ancient Greek city of Olympos. Or, better, get to Phaselis, located on the shore of a beautiful bay near Kemer.

A trip to the suburban park to the Duden cascade waterfalls is included in the excursion program of every first vacationer. Moreover, in autumn, nature dresses in such bright outfits that it literally hurts the soul with its beauty. 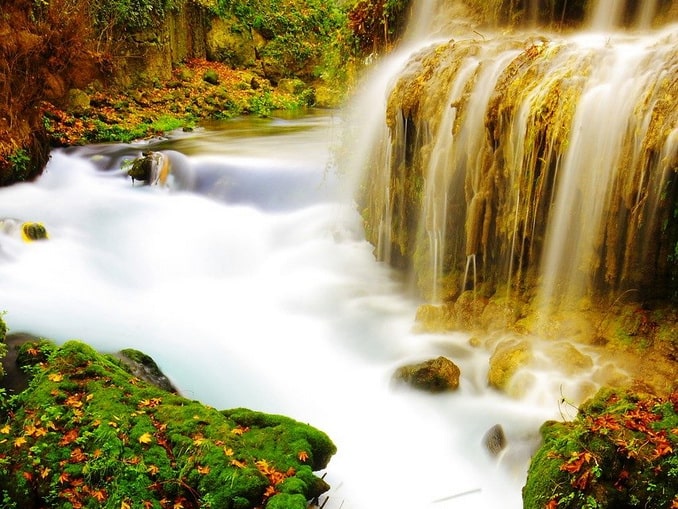 Famous ruins in Perge, Side, Apsendos are visited at will. Which in most cases, of course, is present.

Often the holiday program includes a trip to the fire-breathing Mount Chimaera. Many are not averse to seeing the well-preserved amphitheater of the ancient city of Termessos.

Excursions to the Orthodox Church of St. Nicholas in Demre, the ruins, the amphitheater and the Lycian tombs in Myra are very popular. Often included in the route of such a tour and contemplation of the sunken city on the island of Kekova.

Not very tired tourists can test their physical form on the mountainous Lycian trail. And those who are thirsty for adrenaline can try out kayaking on a stormy mountain river in the Köprülü canyon.

From long out-of-town trips, let’s highlight the one whose route leads from Antalya to Cappadocia. The distance allows you to travel back and forth and explore the famous region in just a couple of days. And not only as part of an organized tour, but also completely independently!

In Cappadocia you should definitely see the valleys, visit the museum in Goreme and go down to the underground city. As well as enjoy the natural scenery from the balloon basket.

A visit from Antalya to the travertine cascades of Pamukkale plus the ruins of ancient Hierapolis is quite justified. After all, a distance of 250 km along the highway in one direction is easily overcome in one light day.

Immensely active citizens will certainly want to fly to the Turkish capital. Moreover, organized excursions with hotel accommodation go there from Antalya. But in fairness – the list of things to see in Istanbul is too extensive for a day trip.

This is even if we forget about the near and far suburbs of ancient Constantinople. The Princes’ Islands, the city of Edirne, the ruins of Troy and Ephesus… Which, in truth, should be visited at least once in a lifetime.

How to Get to Venice

How to get to Venice by plane, train, car or bus? Routes, travel time, ticket prices 2023. How to reach Venice from Marco Polo and Treviso airports, Milan or Rome, other European cities – found […]