Istanbul in December: is it worth going for Christmas? Weather, how to dress, prices for hotels and excursions in 2022. What to do in Istanbul on Christmas Eve and earlier, where to go, how is the New Year celebrated here – in the article by good Time for Trip.

Istanbul, like Turkey in general in winter, is at least an unusual destination for most travelers. Indeed, in the mass consciousness, the country, as well as its largest metropolis, is associated primarily with seaside, beach tourism.

But, as a junior schoolboy understands, swimming at Christmas in the Aegean or in the Mediterranean, not to mention the Black, does not look like a reasonable exercise. Rather, a test of strength and fortitude.

And therefore … we forget? Actually no!

Because the study of the statistical calculations of meteorologists and the reviews of those who have tried such a trip on themselves form a fairly positive view.

And say, that, for exampe, Antalya and Alania at the end of the year look very promising. Even encouragingly from a climatic point of view.

What is December like in Istanbul? In terms of weather and prices, availability of entertainment? Does anyone celebrate Christian Christmas here? And if so, in what format?

What main attractions of the Istanbul you can see? Should you go anywhere outside the city?

We found out! And ready to share with you the obtained (almost insider) information. 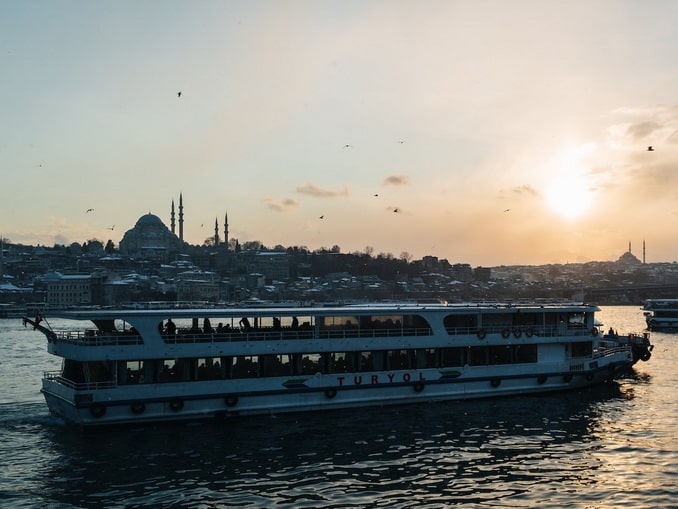 Weather in Istanbul in December

By and large, it is not so different from, for example, New York. Hard frosts are not to be expected – not at this latitude – but rains at this time are a regular occurrence.

However, in theory, the weather in Istanbul in early December looks quite attractive. Still: usually plus 12-15 °C, a small probability of zero temperatures and, albeit rarely peeking out, but the sun.

Everything looks like you can walk all day long. Without thinking about really warm clothes.

But in fact, all this should initially be multiplied by the seaside location. And, therefore, on a strong wind, willingly tormenting insufficiently warmly dressed tourist bodies.

Again, it is necessary to take into account the strongly growing probability of precipitation compared even with late autumn. Agree, it’s not too joyful to watch not strong, but literally endless rain (it can go on for a couple of days without ceasing).

Or take a tour with a guide through the expanding puddles. In an attempt to somehow save a short vacation.

The air temperature in Istanbul throughout almost the whole of December regularly rises above +12 °C. And sometimes makes commendable forays into the area +18 °C.

This was the case in 2021 – until the middle of the month. Then air temperatures peaked at +4-+8. And at night at times it was frosty.

But by Christmas the weather in Istanbul perked up. And New Year was celebrated here in an atmosphere atypical for this holiday – at +10-+12 degrees Celsius.

However, as always. Perhaps because people in Istanbul like to celebrate the New Year? And such a hot affection makes any cold recede?

are usually a little colder – if you look at the thermometer. But for those who are going to walk along the banks of the Bosphorus after dusk or lovers of water walks with views of the eastern city mysteriously flickering with lights, we recommend dressing “with a margin”.

Because, the breeze from the sea or the strait pierces at times!

By the way, water excursions along the “border between East and West” – cool thing! Really!

For the sake of them alone, it is worth going here to Istanbul at the end of December. And not because of the (really) falling prices ($25 per person) – you’ll be touring a beautiful city in a very small group!

In the last month of the year, partly cloudy prevails here. But sometimes, like a smile of nature, there are mostly clear days. The statistics, which allegedly never lies, claims that it is not too rare either – something in the range of 8-10.

But, as already mentioned, if you are “lucky” to get in winter Istanbul for rain, be patient. He just has a bad, because boring, character. And in general, the last month of winter in the Turkish metropolis is the second in terms of dampness of the year!

If not the same type, then most of them are filled with photos with a leaden sky. Which quite transparently hints at what kind of “weather” you should expect in Istanbul throughout December.

Clearings usually happen before sunset: the sky illuminated by the setting sun and the night city shrouded in velvet darkness are really magnificent. As well as night excursions…

Often rainy, but still relatively warm. And, therefore, there is no reason to take winter clothes with you – autumn coats and jackets will do, plus poorly insulated shoes with thick soles. Unless, of course, you are going to sit for hours on the embankment or constantly swim on the open decks of ferries.

Current prices allow you not to make special compromises with your wallet and will comfortably accommodate not too far from the center in the European part of the city. Or in itself – the heart of Fatih, Sultanahmet district – perhaps the best location in the city.

Pay attention to quite affordable for anyone tourist offer Sultanahmet Inn Hotel. Breakfasts are included in a very modest price, the rooftop terrace provides excellent views of the Bosphorus.

Even better location is Zeynep Sultan Hotel – 100 meters from Hagia Sophia! And let it be a little more expensive, but “very tasty breakfast” is included in the bill by default.

The Anthemis Hotel is located in the very center of the city. Breakfast is included in the price and there are plenty of restaurants nearby.

As well as tram stop T1, tourists’ favorite route. And just a useful technical option in a place full of steep slopes.

Usually a tourist going to Istanbul in winter does not have a lot of time. So, two or three days for everything, and this is at best!

However, all the same, this is more than a vacationer who arrives in the metropolis on an excursion from Antalya or Alanya usually gets at his disposal.

And therefore, for sure, it will be possible to draw up a capacious route. Includes both the main attractions of the European part of the city, and a visit to the Asian continent. Plus – you should not forget about this – plan a
Bosphorus boat trip.

And perhaps you should start with a sightseeing tour in pure English. Not too expensive at this time – 30 units translated into American money will not ruin you …

The standard set of interesting Istanbul places that a tourist usually intends to see is generally small: Hagia Sophia, the Blue Mosque, Topkapi Palace, Sultanahmet, the observation deck of the Galata Tower, Chora Monastery. But the list can always be varied if desired.

And therefore, it includes the Basilica Cistern and other, less well-known underground reservoirs of the Byzantine era. As well as the pompous Dolmabahce summer palace and the Ortakoy mosque on the European coast. And the Sultan’s residence Beylerbey – in Asian.

As mentioned above, trips on a rare red tram running along Istiklal Street are in demand. Advanced travelers have discovered and are actively advised to visit the local Rahmi M. Koch Museum of Technology in the depths of the Golden Horn Bay.

In any case, you should make allowances for the amount of time you have. After all, it is difficult to squeeze in everything indicated even in three days! 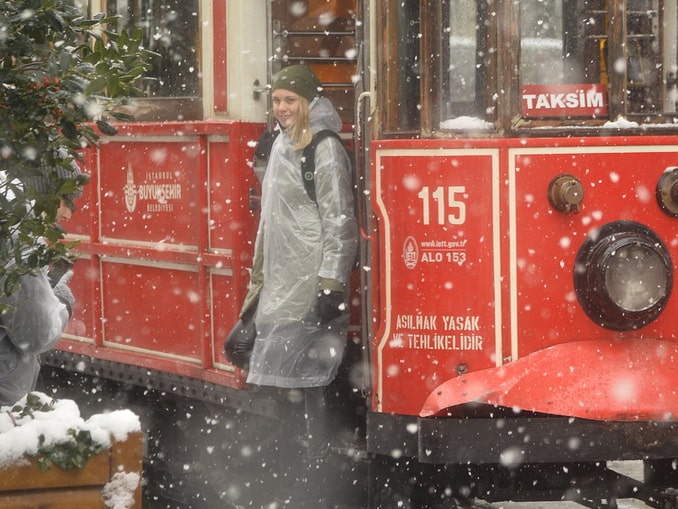 About trips to the vicinity of Istanbul – to the same Princes’ Islands – in December it comes up infrequently. Although what can prevent them – except perhaps heavy rain?

Again, you might want to see the mosques of Edirne – the main one was designed and built by the great Sinan. Or bask in the thermal baths at the resort of Yalova – is it nice to sit in the hot water under the light snow falling from it?

If tourists have enough strength and energy to rent a car, the scale of impressions will be different. After all, you can easily travel around Turkey. Not huge, but having really good roads and interesting sights of the country.

For example, nothing will stop you from going to the resorts on the Sea of ​​Marmara: to Mudanya or, better, to Erdek. Or maybe further – in good weather, many get to Bodrum or Antalya in general. At the beginning of winter, by the way, a very promising place in terms of Christmas holidays!

We are not talking about the distance between Istanbul and Cappadocia – it is overcome in 7 hours! And starting in the evening, in the morning to view the famous valleys from the balloon basket.

We will call you walk around the ruins of Troy, huge historical monument. Moreover, they are relatively close, near the town of Canakkale.

Or to another ancient miracle, the largest Greek city on the peninsula, Ephesus. Finding him on a modern map is not easy – you need to use Selçuk as a landmark.

Istanbul in April – is it worth visiting? Weather, how to dress, water temperature, prices 2023. Do tulips bloom in early April in Istanbul, what to do, where to go in the vicinity – found […]

Istanbul in November – is it worth going and what to expect? Weather, air temperature, how to dress, is it possible to swim, prices for hotels and excursions 2023. What to do in Istanbul at […]