Cappadocia in March and April – is it worth going? Weather, how to dress, reviews, prices 2023 in hotels and on excursions. What to do in Cappadocia in the spring, how to come here from Istanbul or Antalya on your own – in the material of goodTimeforTrip.

Cappadocia is a Turkish region whose popularity has been on the rise in recent years. After all, an increasing number of tourists want to personally visit the “Fairy Chimneys” and see from a bird’s eye view those very famous landscapes, the pictures of which are full of Instagram.

As you know, at all times the growth in demand was accompanied by a significant rise in prices. But outside the peak season, such a trip has a good chance of becoming inexpensive. Or not?

And by the way, what is the high season in Cappadocia? When does it start, and can the region in March boast a small number of tourists plus pleasant prices?

Equally – what is April in Cappadocia in this sense? Indeed, in the middle of spring, it seems that it is not worth waiting for column if buses with holidaymakers from Antalya?

All this allows independent and well-informed tourists to fully develop. Travel through the most beautiful valleys of Cappadocia without regard to possible competitors.

And do not pay crazy money for accommodation in the best hotels in Goreme! However, we will tell you about this in detail at the very end!

Weather in Cappadocia in March

It is really good! Especially for those, who know a lot about long walking tours over rough terrain, replete with hills.

For in winter one must come here to take into account the possibility of frost, cutting winds and icy paths. And in the summer at the height of the day, it costs nothing to get a heat stroke. Even if you took with you enough water to bring a dying tree back to life.

At the beginning of spring, in the vicinity of Goreme, Uchisar and Avanos, real frosts rarely occur – the weather is predictable and comfortable. So if you present your beloved Cappadocia in early March, and even from a balloon basket, this beautiful gesture will surely be appreciated!

The air temperature in the first half of the month by noon sometimes reaches +12-15 °C. And at night it doesn’t willingly fall below +10 °C. 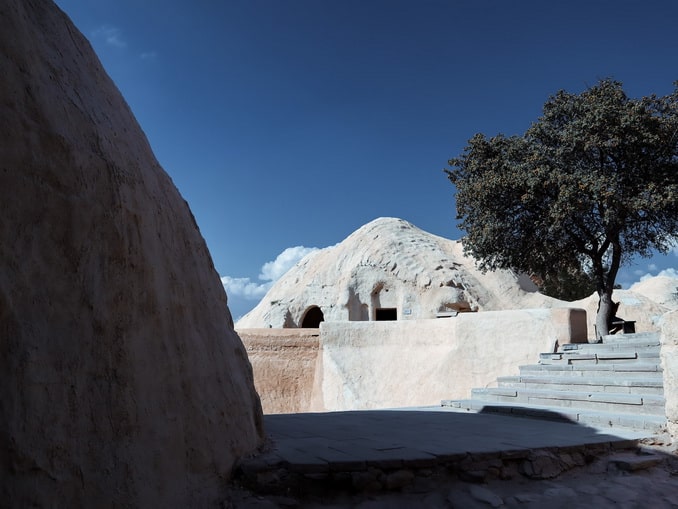 Yes, with the onset of twilight it gets noticeably colder here – this behavior of the weather will not surprise anyone in the region. But if you take enough warm clothes with you and book a heated hotel room, you won’t feel much discomfort in the evenings.

Again, there is no need to wander exclusively on foot. For you can rent a car right at Kayseri Airport for absolutely lifting money – for about 20-25 € per day.

As for hotels, staying in almost anyone, will not freeze you. After all, even the cave hotels in Goreme, so beloved by travelers, are well heated.

It sometimes comes to frost, but usually not more than 2-3 times a month.

Although in March 2022 the weather in Cappadocia gave such surprises even during the day. And in the middle of the month, outdoor thermometers sometimes showed -1-3 ° C. And at night it happened up to -12-14 ° C!

Clear days, however, happen quite regularly. Although initially you should prepare for the fact that the weather will be mostly overcast. With not huge, but still the probability of precipitation.

Note that already at the very beginning of spring in the region – at first timidly – trees and shrubs begin to bloom. So by the end of March, Cappadocia in most cases puts on fresh green “clothes”.

But there are relatively few tourists at this time – they are scared away by regular frosts in recent years. And most travelers prefer not to leave popular trails.

For example, some revival in the mornings is observed near the launch pad of the balls. And in the afternoon – near the churches in the Open-Air museum in Goreme and souvenir shops in settlements like Avanos or Uchhisar.

In the valleys, however, you are unlikely to meet many competitors. Moreover, your (very small) tour group may be the only one at all!

Weather in Cappadocia in April

The second month of spring is much warmer here, mostly sunny and dry. Alas, tourists also know this, and there are noticeably more of them!

In the middle of spring, European and American travelers are already happy to visit Cappadocia. Joyfully setting off to see the famous region of Turkey both during the short Easter holidays and a little later.

And this is understandable!

After all, the air temperature in Goreme and its environs in April often reaches + 18-20 °C during the day. Although the average daily values ​​​​are lower, in the range of + 12-16 °C.

At night, it regularly gets cold up to +10 °C, but freezes come in exceptional cases. There are more sunny days, precipitation is quite rare, it rains no more than 3-4 times a month.

The winds calm down accordingly. As if at last they realized that with their pressure they were spoiling business for locals, and depriving travelers of the opportunity to look at the earth from a height.

Note, that April 2022 in Cappadocia was a definite exception to the rule. Because in the second half of the month the weather imagined that natural summer had come. And the thermometers regularly looked into the range above +22 °C.

What to pack for Cappadocia from clothing if you go there in March or April? Nothing special – that’s what you went out into the street in their hometown in England or Germany, and go in that.

Extreme cold is not to be expected, but open foothills and caves frozen over during the winter dictate a very specific format of clothing. Autumn or warm winter jackets, comfortable, albeit not insulated boots, sneakers are the arsenal of prudent tourists.

Hats don’t have much chance of being useful. Although, like gloves, sometimes they come in handy.

For example, if you like to sit for a long time, admiring the scenery. Looking into the distance and yourself.

Yes, and in flight on a ball, a prudent approach will not be superfluous. We note, by the way, that warm or at least looking like clothes will not hurt during high-altitude expeditions and at other times of the year.

Yes, and when “diving” into the multi-storey underground city of Derinkuyu or its analogues (Kaymakli), it will not be excessive.

Motorists – getting to Cappadocia by car from Istanbul is not very difficult – warm sweaters and sweatshirts that do not restrict movement will certainly come in handy. Plus, insulated quilted vests are an indispensable thing in conditions of not very stable weather.

And as we said above, car rental – you can do thet it right at Kayseri Airport – will cost 20-22 € per day. Too good an offer to ignore the benefits it brings! 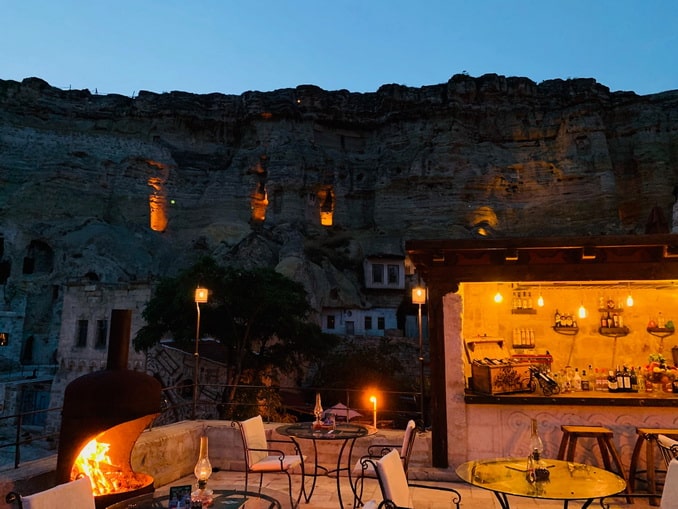 First, we will talk about hotels in Göreme… Since there is a clear revival of demand in the spring, the price tags are also creeping up. But it is still possible to rent a decent room for two people for 40-50 € per night!

Pay attention, for example, to Vineyard Cave, where prices are kept low, even despite the excellent location and decent breakfasts. A view of the flying balloons is not available for all guests, but for this amount you can put up with it.

Traditionally, we also praise Kookaburra Pension. Truly one of the best choice in Goreme: with reasonable prices, cozy rooms and luxurious views of the city.

Of the slightly more expensive and comfortable ones, we recommend the Grand Cappadocia Hotel, which deserved a high rating and exceptional reviews for good reason. There is free parking, breakfast is included in the price, the guests praise the hospitality and responsiveness of the employees.

Rooms in the caves and a pronouncedly informal, welcoming attitude of the staff will offer Aydinli Cave Hotel. There are nice bonuses: breakfasts, the opportunity to soak up the hammam, gorgeous views from the roof terrace.

Relatively expensive and another cave lodge: Goreme Kaya Hotel. Breakfasts here are quite modest, but they will delight lovers of healthy food! The staff is helpful, the use of the sauna is included in the price.

Popular routes: Green, Blue or Red tour of Cappadocia cost about 55-60 € per person. And in March, you should hardly count on a significant cut-price.

Balloon flights have gone up in price for a year. And now participation in such an event will cost at least 200 € per one.

We have given the approximate price for renting a car above. The quality of the main highways in Cappadocia will cause a minimum of criticism. A liter of gasoline in Turkey in the fall of 2022 cost about 1.1 €.

About 90 percent of travelers have a clear idea of ​​what to visit in Cappadocia. And also what have to do all free time: walk a lot, climb caves, take photos.

Be sure to deep into at least one underground city – for example, Derinkuyu. And also climb up in a couple of ancient rock churches, where frescoes of the Byzantine period have been preserved – they can be seen more easily in the Goreme Open Air Museum.

Far greater difficulties will be faced by those who go to the Ihlara Valley. However, it can be visited along with an organized tour.

Naturally, you can’t do without a flight over Cappadocia in a hot air balloon. Even those who are afraid of heights seem to take part in this attraction.